Like other languages,  the Vietnamese language has many accents and dialects. In this post, we are trying to point out some pronunciation differences between the Northern and Southern accents.

While dấu huyền (low-falling tone), dấu sắc (high-rising tone) và dấu ngang (mid-level tone) sound the same in the 2 accents, there are some differences in the other 3 tones:

The Southern dấu hỏi sounds softer, while the Northern one is stronger and clearer

There is no dấu ngã in Southern accent. Actually, Southern people uses dấu hỏi instead of dấu ngã

When pronouncing a word with dấu nặng, northern people lower their voice and stop sharply whereas Southern have a slightly rise in their voice at the end. 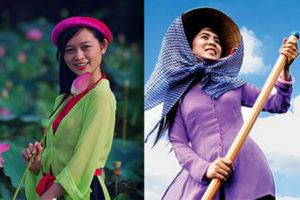 Northern people usually do not distinguish between “ch” and “tr”. However, there is a clear disparity in Southern Vietnamese.

Please watch the video below for clearer examples and explanation.

A Vietnamese teacher who is passionate about her language and culture